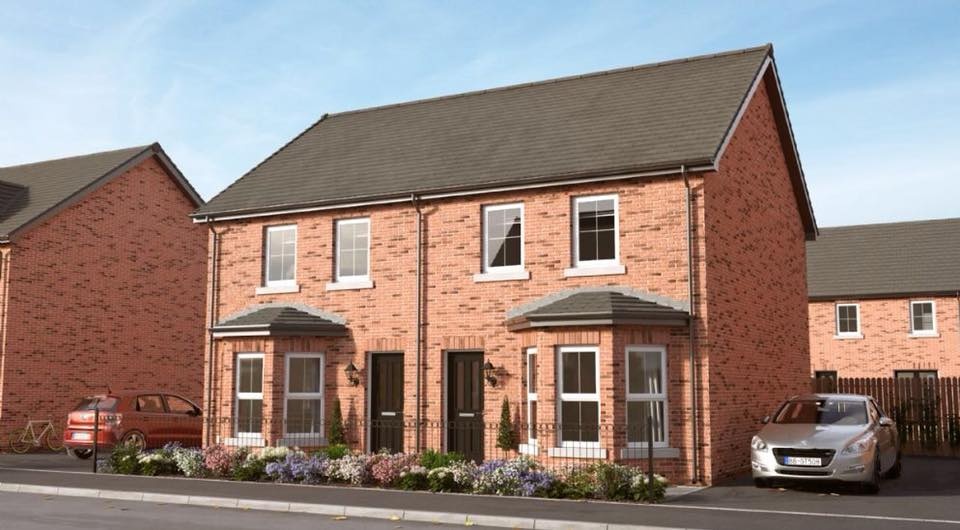 It is a part of south Belfast associated with a strong community spirit - and a regrettable history of poor housing.

But now the Village off the Lisburn Road is to get its first private development of homes for many decades when Seventy-Six South is launched next week.

Co Antrim housebuilder Hagan Homes is building 76 attractive, red-brick semi-detached houses on what has been wasteland, following the demolition of rows of poor-quality terraced housing around Frenchpark Street and Kitchener Drive.

A brochure describes the houses as "a beautiful collection of semi-detached homes in the heart of the city", adding that potential buyers can use buying schemes such as Co-Ownership Housing to make them more affordable.

Current and former residents of the area - many of whom had to uproot themselves and move away when their homes were demolished and the land vested - are be given first indications next week of the prices to give them the option of living there.

The Housing Executive and then-Department for Social Development had been sparked into action over housing in the Village after a Belfast Telegraph story in 2007 revealed that many of the homes were in poor condition and lacking indoor bathrooms.

As a result, nearly 600 homes were demolished, and new housing - much of it social housing - was built. Hagan Homes bought the land around Frenchpark Street and Kitchener Drive from the Housing Executive following the demolition of the housing.

Sandra Finney from estate agents Rodgers & Finney, who are selling the development, called it a unique scheme.

"There is nothing else like it being built in the inner city and it's about bringing people back in to live there."

She said that the development is just a short walk from the city centre, as well as the Lisburn Road and the Royal and City hospitals.

Alliance Party MLA Paula Bradshaw is a former director of the Greater Village Regeneration Trust. She said its objective had been to make sure that the redevelopment of the housing protected the sustainability of the Village community. "It's always been about the sustainability of the existing community and what has always been a proud neighbourhood in south Belfast, part of the fabric of the city," she said.

The vesting process had planned for both social housing and an element of private housing. She welcomed the plans to make sure that people in the Village are the first to hear about the price levels of the homes.

"It would be very disappointing if they priced out the locals," she added. "There has been a longstanding obligation that it would be the case that they would be offered the opportunity for the private housing. These people went through considerable disruption to move, and it's good practice and right and just that they should now get first preference.

"It's a promise that was made that is now being fulfilled.

"There are a lot of family networks in the Village area. It's multi-generational and very close-knit. I was always proud to work on sustaining that, and I hope these houses do play a role in sustaining the community.

"It really has been a long-drawn out process and perhaps some of those residents wouldn't have been so committed and signed up to the scheme had they known how long it would take."